This is what you bought in the 70s when you had too much money and too many Cadillacs.

There are some cars that were designed from the get-go to be over the top. The Stutz Blackhawk Coupe was one of them. For those who know their automotive brand history, the Stutz Motor Company was brought back to life in 1968 by a New York Banker named James O'Donnell and Virgil Exner, a retired Chrysler designer. Back in the day, the automaker was based out of Indianapolis, Indiana and from 1911 until 1935 built luxury cars and high performance roadsters.

The original company was also credited with developing what was called the "under-slung chassis" which was attributed to the enhancement of safety and cornering of early autos and is still actually used today. Interestingly, in 1927 a Stutz set a world speed record of 68 mph. But in 1968, the two aforementioned partners revived the brand and name in an effort to build extreme luxury. The first new Stutz, the Blackhawk, premiered in prototype form in 1970 and the new cars utilized GM parts such as running gear, chassis frames, an automatic gearbox, and power steering and brakes. They ranged in price from $22,500 to $75,000.

At the time, these cars were equipped with the latest so-called luxury features that are often now standard today. They included power windows, air conditioning, electric seats and sunroof, a burglar alarm, leather upholstery and even cup holders (remember it was the early 70s). To be sure it was the most luxurious vehicle of its day, there was 24-karat gold plated trim, maple or burled walnut wood trim, a cigar lighter, and even a liquor cabinet in the back seat. Power came courtesy of either 6.6- or 7.5-liter V8s also from GM, the latter of which was tuned to produce 425hp.

Upon its initial launch, the Blackhawk had pretty solid success, with Elvis Presley buying the very first one in 1971 (and later customized by George Barris). He liked it so much that he later bought an additional three. Other Blackhawk buyers included Rat Packers Frank Sinatra, Dean Martin, and Sammy Davis, Jr. Evel Knievel, Lucille Ball, Paul McCartney, Al Pacino, George Foreman, and Wayne Newton were also owners along with a few Sheiks and Shahs here and there and other members of global royalty. The first Blackhawks were based off the Pontiac Grand Prix until 1979. From 1980 until '87, the Bonneville was used as a base.

Throughout the Blackhawk's life, it received several mechanical upgrades and a total of seven generations were hand-built by the time production ended. All told, 500 to 600 units were completed. Currently up for auction on eBay is this 1973 Blackhawk Coupe. Powered by a 455 cu in V8 mated to an automatic, it comes with many of those aforementioned features and is in relatively good shape considering its age. However, it has 90,000 miles on the odometer. Unfortunately, the ad doesn't mention if it had any previous famous owners.

It has a 'Buy it Now' price of $40,000, but for something that was truly the "it" car in terms of supreme luxury for its day, this is certainly not a bad price for those who still dig the leisure suit and mutton chops. Photos courtesy of nationalvehiclemarketing. 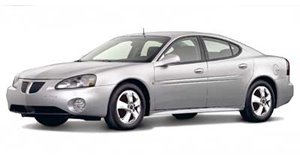