Vath adds more than a little giddy up to the two-door.

If cars could take steroids, tuners would be the chief enablers. Nowadays it seems like even the smallest tuning companies, such as those based out of some small town that gets its water from a well, somehow easily squeeze hundreds of extra horsepower out of a car that costs well over the six-figure mark. In all fairness, Vath, based near Aschaffenburg, Germany, probably has indoor plumbing. Maybe that's why Vath tuners were able to get an extra 100 horsepower out of a Mercedes-AMG C63.

Using the stock motor which produces just over 500 horsepower, Vath slapped on a tuning kit that messed with the ECU, unlocked the Vmax (which limits the car's top speed), and provided a Vath oil cooling system. All this had to happen in order to get it to hit 199 mph. Vath clearly has safety in mind, though, as it provides new brake fluid and steel lines with the kit, both of which are supposed to improve braking. Damned if better fluid and stainless steel lines are going to stop a driver from plowing this AMG into a tree, but maybe Vath released the kit as a form of population control. It's an impressive feat, leading any car to the brink of 200 mph, and hopefully Vath will add more kits like this to its already massive repertoire. 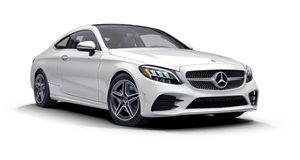