Volkswagen Should Revive The Rabbit Pickup, But Can't Because Of Chickens?

We would love to see a small VW truck, but we have the stupid chicken tax.

From 1978 to 1984, Volkswagen actually built a pickup truck version of its Rabbit hatchback. The Rabbit was the US version of the Golf. And the pickup variant was one of the smartest ideas that VW has ever had. The truck was assembled in Pennsylvania and came with either a 1.7-liter gas engine or a 1.5-liter diesel engine with a five-speed manual transmission. Both models were extremely economical and practical if you needed something small that could still haul big items.

Usually, when discussing a model we think should be revived, we know there's very little chance that automakers will actually listen to us. Volkswagen is definitely no exception. Despite our constant demands for the company to sell the Scirocco in the US, we are still left without Volkswagen's best looking model. For the Rabbit pickup however, Volkswagen might have a better excuse not to build it. In order to understand why Volkswagen doesn't currently sell any pickup trucks in the US, we have to introduce you to the infamous Chicken Tax. You may be wondering what chickens and pickup trucks have in common. The answer, absolutely nothing! And that is the point.

The "Chicken Tax" is a 25% tariff that was imposed by President Lyndon B. Johnson back in 1963. The tariff covers imported potato starch, dextrin, brandy, and for some frustrating reason, pickup trucks. The tax was originally imposed during the Cold War because of an issue known as the "Chicken Wars." France and West Germany placed taxes on chicken imported from the US, so our response was to put tariffs on their goods. Unfortunately, the tax really had nothing to do with chicken. Audio tapes from the Johnson White House reveal that the President struck a deal with the United Auto Workers Union not to go on strike if he responded to the increased shipments of Volkswagens to the US.

Basically, President Johnson protected the US auto industry from any foreign competition in the pickup truck industry. For more than 50 years, American truck manufacturers have had easy ride because it's simply too expensive to sell a non-US built truck in the US. Volkswagen was able to sell the Rabbit Pickup because it was built in Pennsylvania, which is why Toyota builds its Tacoma pickup in Texas. Volkswagen currently builds the Passat at its plant in Chattanooga, Tennessee, and we think that it's time for Volkswagen to build a pickup truck out of its US plant. In other parts of the world, Volkswagen already builds pickup trucks from which it can take design inspiration.

We absolutely love the Volkswagen Amarok, which is a traditional mid-size truck which would compete with the Toyota Tacoma, Nissan Frontier, and GMC Canyon/Chevrolet Colorado. However, we think that Volkswagen should be a bit more unique than that, by bringing back the Rabbit nameplate. Rabbits are quick little animals, and a Volkswagen pickup truck should be equally as swift. We imagine several variants with efficient diesel engines which could get well over 40 mpg. This would offer a very different alternative to the typical American full-size trucks which can struggle to get 20 mpg. The Rabbit would come with FWD or AWD with a DSG transmission or optional manual.

In addition to the efficient diesel variants, Volkswagen could also cater to enthusiasts with Rabbit GTI or Rabbit R model. This sport variant could include Volkswagen's 2.0-liter turbo four-cylinder with 220 to 290 horsepower. Volkswagen could stand alone in the US by offering a practical pickup truck that is also nimble and fun to drive. By building it in the US, the company could avoid the Chicken Tax and revolutionize the US pickup truck market once again. Volkswagen still hasn't listened to us about the Scirocco, but reviving the Rabbit Pickup is surely a no brainer. 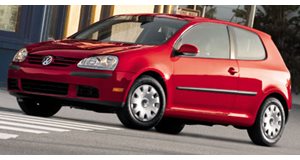