The standard Volkswagen T-Roc, the overseas-only subcompact crossover with a sporty flare, has just gained an interesting new body style variant sibling that probably has a better chance at success in Europe than it'd ever have in America. VW has just revealed the 2020 T-Roc Cabriolet, which will have its live debut next month at the Frankfurt Motor Show. Our first immediate reaction was memories of the Nissan Murano CrossCabriolet and the Land Rover Range Rover Evoque convertible.

The former in particular was not well-received, to say the least. Although the T-Roc and T-Roc Cabriolet stand little to no chance for an American arrival, we actually kind of dig the latter's styling thanks to its wide stance and two doors. VW claims it offers 10.0 cubic feet of trunk space and the soft top roof opens in nine seconds at speeds up to 19 mph.

But don't think for a moment the T-Roc Cabriolet is an off-roader because it's not. This is strictly front-wheel-drive with two available engines: a turbocharged 1.0-liter three-cylinder with 114 horsepower or an optional turbocharged 1.5-liter four-cylinder with 148 hp. Because it's Europe, a six-speed manual is standard while a seven-speed dual-clutch is optional, but only for the turbo four. Two design packages are available: Style and R-Line. The former comes with 17-inch wheels and tires as well as ambient lighting and optional leather. The R-Line tacks on fog lights and sports seats along with sportier tuning.

Both trims come standard with a low-speed emergency braking system with pedestrian detection and lane-keep assist, 19-inch wheels and tires, a Beats audio system, an 11.7-inch digital gauge cluster, and a new 8.0-inch touchscreen infotainment system. Sales are set to get underway this spring with pricing being announced closer to that time. We honestly gotta admit this T-Roc Cabriolet ain't half bad looking, considering it's a hairdresser's car. Unfortunately, the aftermath of the Nissan CrossCabriolet still holds a dark spot in our minds. 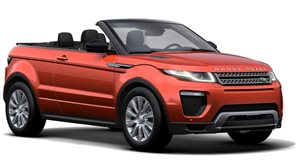