Volkswagen hasn't wasted any time following the reveal of is sleek 2020 Atlas Cross Sport SUV. The new two-row crossover is sort of a spiritual successor to the departed Touareg, so this also means it's time to go racing. For those who recall, the VW Touareg has enjoyed a brilliant off-road endurance racing career. In the past, it has competed and won the grueling Dakar Rally several times. And soon it'll be time for the Atlas Cross Sport to strut its stuff in the desert sands and off-road frontier.

The German automaker has announced it will enter the 2020 Score Baja 1000 race next year with the Atlas Cross Sport R race truck in the Class 7 Open Production Unlimited. The prototype vehicle has just been revealed at this month's 2019 LA Auto Show but VW sent us these awesome images of it in action. VW developed its new Baja runner with in-house racing driver Tanner Foust and veteran Baja racer Rhys Millen.

The Atlas Cross Sport R is powered by a 2.0-liter four-cylinder initially developed by Volkswagen Motorsport for use in the WRC ad Rallycross programs, but don't let the idea of a four-pot fool you. This one produces up to 600 horsepower – that's 300 ponies per liter! However, VW says the engine will be detuned to about 480 hp for the best possible balance of performance and reliability. It's also the first four-wheel-drive vehicle to enter this specific class competition.

The photos you're looking at are the concept vehicle that is still undergoing testing prior to next year's race. In the spirit of the "people's racing event," VW also has plans to invite designers from schools and colleges from across the country to take part in designing the Atlas Cross Sport R's racing livery. Those competition details will be announced early next year.

Given VW's long-term commitment to sustainability, such as its new and future lineup of all-electric vehicles, which began with the ID.3 in Frankfurt, as well as its pledge to the 2050 Paris Climate Accord, this new Baja program is actually fully carbon neutral. This will be made possible by a joint initiative with The Conservation Fund that will plant over 1,000 trees, or one per mile raced. 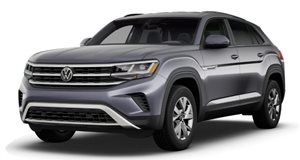 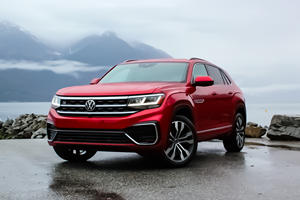 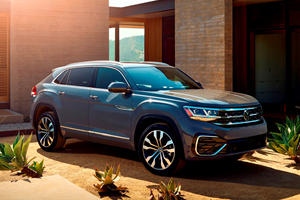