Perhaps not the best start for the ID.3.

The Volkswagen ID.3 is a big deal for many reasons. The German automaker has, to its full credit, gone to considerable lengths to regain the trust of customers and governments ever since the Dieselgate scandal broke exactly five years ago this month. During that time it has replaced its CEO twice and completely overhauled the way it designs and develops new vehicles. Oil-burning diesel engines are in the past and battery-electrics are the present and future.

The all-new ID.3 hatchback, as we learned months ago, was suffering from troubling software issues even though production was already underway. VW was racing against time to resolve everything before the first customer deliveries. Unfortunately, there still appears to be problems.

Germany's Auto, Motor und Sport was recently behind the wheel of the new EV and now claims it falls short of VW's typical fit and finish standards.

"The inner side of the hood looks like it was painted with a spray can," is just one such observation. Other troublesome spots include uneven panel gaps, an interior with hard plastics, a navigation system that didn't function properly, and a slow to start infotainment system were other areas.

The good news to report is that the powertrain and overall ride were solid, but the publication only managed to achieve a maximum driving range of 223 miles with a 58 kWh battery. VW initially claimed a 260-mile range with this size battery. It's not entirely surprising VW's first-ever from the ground-up EV appears to have some refinement issues but, nevertheless, VW will need to sort them out quickly.

How the first batch of ID.3s could affect the upcoming North America-bound VW ID.4 crossover remains to be seen, but the two vehicles share a platform and other core components. Last week, VW released the first images of the ID.4's interior and, not surprisingly, what we saw looks nearly identical to its hatchback cousin.

When Tesla CEO Elon Musk was on a visit to Germany last week to check on the progress of the new Berlin Gigafactory, he also took some time to meet with VW Group CEO Herbert Diess for an ID.3 test drive. Musk said he was impressed but we now have a feeling he was mostly just being polite to his host.

Expect the ID.4, which has also begun production in Germany, to officially debut later this month with pre-sales kicking off then as well. 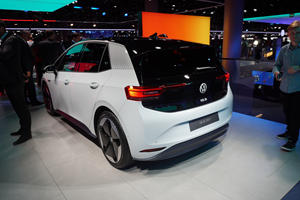 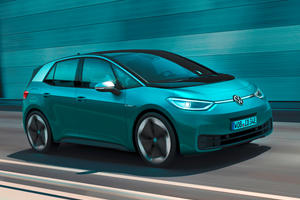 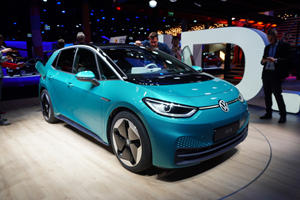 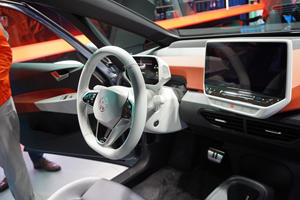 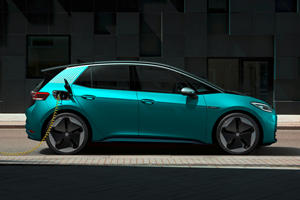