Volvo Is Doing So Well It's Now Looking To Go Public

It worked for Ferrari, so it could work for Volvo too.

In the past several years, we have witnessed automakers go through Initial Public Offerings (IPOs). Ferrari split from parent company FCA to go public, and the move has paid dividends. Commercially, the brand's value has surged by more than 40 percent to over $6.15 billion. The move worked out so well that other luxury automakers are considering following in Ferrari's footsteps. Aston Martin has been tossing around the idea of an IPO, and Bloomberg reports that Swedish automaker Volvo is also now considering it.

Sources close to the matter say that Volvo owner Zhejiang Geely Holding Group Co. has selected Citigroup, Goldman Sachs Group, and Morgan Stanley to advise on an IPO. Geely and Volvo have reportedly discussed a valuation of $16 to $30 billion. No final decisions have been made, but meetings to discuss the valuation have been held in Hong Kong and Sweden. Shares of Volvo could be sold as early as this fall, though representatives from Volvo, Geely, Citigroup, Goldman Sachs, and Morgan Stanley declined to comment on a timeline. Volvo has gone through a renaissance under Geely ownership, and looks to have a very bright future.

Investors like to put their money into companies with advanced technology, which is why so many traders love Tesla. Volvo's promise to provide "death-proof" vehicles by 2020 should attract plenty of tech-loving investors should the company decide to go public. 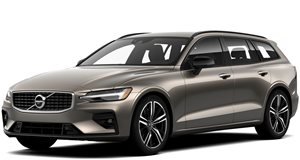