In the real world, EVs struggle with higher speeds.

There's no getting away from electric cars. They've become more affordable to run and are obviously kinder to the environment when they're driving on the road. One of the most forward-thinking companies out there is Volvo, and the Swedish automaker has made great strides in making these EVs attractive. Although the brand makes normal sedans like the Volvo S90, it's SUVs and crossovers like the XC40 Recharge that most households are interested in. These body styles are more practical, but due to their tall stature, they experience a lot more drag at highway speeds than a lower vehicle like a sedan. Thus, electric SUVs tend to drain their batteries quicker at speed as wind resistance forces the electric motors to work harder. Volvo thinks something needs to change.

Autocar spoke with the head of Volvo's Europe, Middle East, and Africa regions, Bjorn Annwall, who says that SUVs will need to become sleeker to reduce aerodynamic drag. "We need to adjust the design of our future cars to find the right balance between consumer appeal and functionality and range. The cars will look different in the future due to that. The aerodynamics will become more important, especially if you drive at higher speeds on the motorway. They're less important for city cars that are used for shorter distances because the aero doesn't play such a big role here."

What this means is that cars will have to become slipperier, but also not, as those vehicles designed predominantly for urban use will not need to be as efficient at carving through the air.

So, cars for different applications will look vastly different too. Annwall also addressed the possibility of customers using its subscription service to change cars as and when they feel, especially since cars will be more purpose-built: "Our subscription model is not meant to let people change their car like you change underwear. Longer range is the answer. And the availability of fast charging." While Volvo still believee in its subscription service, the carmaker wants half of all sales by 2025 to be made online. The company's service has also helped increase market share from 2.4 % to 2.7 % in the UK. It's clear to see that there are plenty of challenges ahead as the world transitions to electric vehicles, but as Annwall says, "the sooner Volvo becomes electric, the better Volvo us going to be [...] in the premium segment." 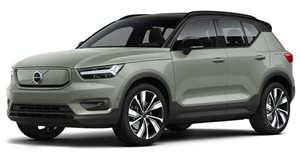 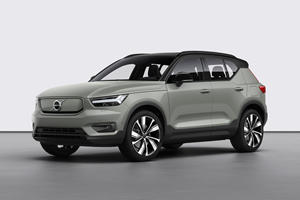