On the upside, there is an increase in demand for its EVs.

Volvo was one of the first manufacturers to demonstrate its dedication to electromobility and has since invested heavily in future technologies. Its current range of cars boasts a mix of EVs and ICE models with a coordinated focus on crossovers. One of its most cutting-edge offerings is the chic Volvo C40 Recharge which is just one of many fully electric cars that are due to be released by the Swedish company

We already know that one of its upcoming battery-electric SUVs is set to be produced at the South Carolina plant where the S60 Sedan is currently assembled. Looking forward, it has also invested heavily in a new battery production facility in its hometown of Gothenburg. Together with Northvolt, the facility plans to assemble 500,000 battery packs a year for Volvo and Polestar products when it becomes operational. It's all exciting news, but Volvo won't be thrilled with its latest sales figures.

While the future looks bright, Volvo's current line of cars looks to be struggling in the global market based on the first two months of sales for 2022. Collectively, the Volvo brand was able to sell 42,067 units in February, reflecting a decrease of 17.2% compared to the same month last year. Despite this drop, the brand states that the demand for its products is strong.

Its production numbers are lower because of the pesky semiconductor shortage and supply chain crisis. It admits that the availability of the crucial chips is improving and that it is getting back to the production pace that it maintained a year ago. Looking forward, however, Volvo also says that the supply chain can be affected by the Russian invasion of Ukraine with it creating a disturbance to both transportation and economic activity along the respective borders.

Both January and February of this year translate to a total sales figure of 89,628 units. This is an 18.8% decline compared to the same period in 2021. On the bright side, the company does note that its electrified Recharge range, including PHEVs, has seen an increase in demand of 7%. In total, these products account for 32.3% of its total sales in the first two months of the year so far. The all-electric products benefit from a 174.9% increase in sales and cover 7.2% of Volvo's total sales for the first two months of the year.

The three key markets for the brand were Europe, China and the USA. A drop of 18.6% in sales was experienced in its home continent with 19,512 units sold in February alone. Recharge models accounted for more than half of the sales share during this month in Europe. Looking at the first two months combined, Volvo only managed to clear 38,203 cars off its floors, reflecting a 21.8% decline.

China was once a strong market for Volvo, but as of the first two months of 2022, it has experienced a 20.3% decline in sales year-on-year with just 23,320 cars sold. In February alone, 8,691 units found new homes, resulting in a 13.8% reduction. The U.S. market is where the Swedish brand was hit the hardest as it suffered a 32.1% decline in February having only been able to sell 6,219 cars. The first two months combined reflect a 23% decline at 13,329 units sold.

Fully electric models in the USA saw an uptake of 267.2%, having sold 984 units in the first two months. The strongest seller of its global range remains the XC60 SUV with a total sales figure of 13,503. The XC40 followed closely with 12,611 confirmed units sold. The XC90 comes in at third place after managing to find 5,582 new homes. 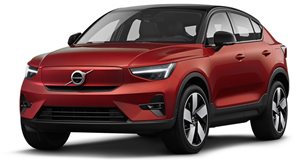 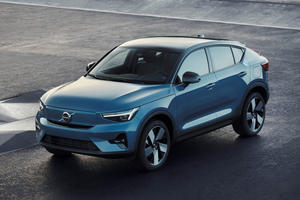