Volvo Truck Engines Running Dirtier Than They're Supposed To

Trouble ahead for one of the world's biggest truck manufacturers.

With plug-in hybrids like the XC90 T8 Twin Engine, Volvo has made strides to render its automobiles more environmentally friendly. And so has its namesake former sister company. But the truck manufacturer has run into some trouble on that front.

According to Reuters, the Volvo Group has discovered that the engines in some of its trucks and buses could be polluting far more than expected. The two companies (which share the same name, logo, typeface, home base, and even museum) were once under common ownership, but today stand as separate entities.

The problem reportedly comes down to a particulate filter that Volvo Trucks sources from an outside (but unnamed) supplier. Apparently the filter, which is designed to reduce the engine's carbon emissions, works fine when the machinery is new, but can degrade at a faster rate than expected, resulting in higher emissions than permitted.

"In certain applications when the engine is not running hot enough you get condensation water in there and that causes this problem," Volvo Group spokesman Anders Christensson told Reuters. "You get a warning signal in the dashboard saying you're running above nitrogen oxide levels."

The issue seems similar – at least on the surface – to the Dieselgate scandal that has rocked the rival Volkswagen Group. But unlike that debacle, Volvo hasn't designed its engines to pollute more and hide their emissions from regulators.

The issue is particularly problematic in North America and Europe, which not only stand as the manufacturer's largest markets, but have the strictest regulations. No recalls have yet been announced, but the cost of repairing the trucks and buses with the affected engines could turn out to be quite substantial for one of the world's largest manufacturers of trucks and buses. 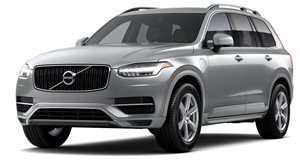