A couple of months back, we reported how Volvo was performing remarkably well despite tough global economic conditions, and companies like Porsche were also able to return to success at the halfway point of 2020. For Volvo, that winning streak is continuing, with the Swedish company reporting an increase of 7.2 percent in its sales globally for August compared to the same period last year. Europe, China, and the US all reported more sales, culminating in 51,239 cars being sold during the month.

As expected, it's SUVs that bore the brunt of this demand, particularly its fully electric and plug-in hybrid offerings. These Recharge models took up double the share that they did over the same period last year.

Sales in the US grew 12.9 percent for the month, reaching 10,378 cars, although overall sales for the year to date declined seven percent to 63,330 cars. So which car was responsible for most of these sales? The XC60 mid-size SUV topped the charts, the compact XC40 following in second place. The most expensive and biggest SUV, the XC90, took home third place.

According to Volvo, SUVs accounted for 70.7 percent of the brand's total sales, a growth of 63.3 percent for the month compared to August 2019. Online activities also flourished, with Volvo reporting "a positive trend in August with increased demand for Volvo Cars' subscription offer Care by Volvo in markets where the service is available."

With great build quality, an uncompromising focus on safety, and impressive hybrid and fully electric tech, Volvo's positive upward trend is likely to continue well into 2021 and further. Perhaps the future will see the battle for EV supremacy fought between Volvo, Polestar, and Tesla. Whatever happens, the competition had better up its game or get left behind. 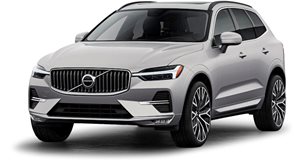 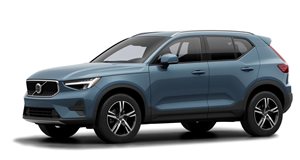