VW May Ditch Audi As Its Flagship Technology Development Brand

We've been hearing rumors for the past few weeks about a potential partnership between Volkswagen Group and Ford, specifically in regards to electric vehicle platform development. While neither automaker has yet to officially comment, something is definitely about to happen. Up until now, Audi has served as VW Group's technology development star brand but that may soon chance when VW CEO Herbert Diess announces the automaker's 10-year plan later this month, according to a report from Reuters.

Diess is expected to reveal major cost cutting measures by working with rivals, such as Ford, on numerous projects, such as EV platforms. Doing so, however, would actually sideline Audi as the German automaker's main R&D center.

This potential alliance with Ford is a big deal for the company because VW has proudly done things in-house for decades. Audi has been an engineering hub of sorts whose technological developments were spread out through all of VW's many brands. But times are changing. For example, VW spent $13.1 billion last year on EV and autonomous vehicle development. Why not split those costs with a rival who shares common ground?

Ford is also looking at ways to drastically cut costs, especially since its earnings have not been stellar as of late. There are many possible ways this VW-Ford partnership can work and it's easy to see why Audi is expected to be pushed aside somewhat.

For example, Ford could supply VW with a truck platform and even some engines. VW may even buy a stake in Ford's autonomous vehicle program and also give it access to its MEB electric car multi-use platform. Why have Audi spearhead development of an autonomous vehicle program costing billions when Ford is already further along and, at the same time, could also benefit from VW? Basically, both VW and Ford understand major changes are already beginning to happen in the auto industry, so it's smart to make these partnerships from positions of relative strength.

While the new Audi A8 does have some advanced self-driving features, VW's overall efforts for a fully autonomous car have fallen behind rivals, such as Waymo. Diess does not want to see VW lose its edge in the coming decade so making radical changes, such as sidelining Audi for a technical partership with Ford, is a key way to ensure its long-term health. 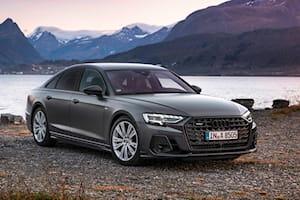