Was The Electric Mazda MX-30 Crossover A Mistake?

The sales numbers show that Mazda's first EV is not doing so well.

Back in October of 2021, Mazda invited us to the first drive event of its first all-electric vehicle, the MX-30. It turned out to be a great little compact crossover that was practical, fun to drive and would have been easy to recommend if it wasn't for two major issues. The first was that it was only going on sale in California, and the second was that the MX-30's EPA-estimated range was just 100 miles. It was clear that Mazda wasn't expecting to sell a lot of its first all-electric car versus the gas-powered Mazda CX-30, but it has sold even less than we expected.

In July of this year, Mazda reported it had sold just eight in North America. The year-to-date total of 324 units sold looks better, but California residents buy more EVs than any other state to the point they are a common site on the roads here. However, that's not the only sales disappointment, as Mazda has been selling the MX-30 in Australia as well.

Mazda Australia imported 100 MX-50 models in 2021 to sell and are now appearing on dealer listings on classified websites. Some we saw are marked as demonstrator models with their drive-away prices slashed despite having less than 2,000 miles on the clock.

"Sales for the full-electric Mazda MX-30 are in line with Mazda Australia's projections. A portion of the initial allocation of Mazda MX-30 Electric models remain available, along with some ex-demonstrator models," said a Mazda spokesperson, but we see a dealer selling an ex-demonstrator model with under 500 miles on the clock, suggesting remarkably few people were interested.

When we first drove the MX-30 and commented how poor the range was, Mazda assured us it wasn't a "compliance car." A compliance car is an alternative-fuel vehicle produced simply to meet government regulations for low-emission vehicle sales. America has a history of compliance cars being produced dating back to the GM EV1, and in the UK, it resulted in the bizarre Aston Martin Cygnet.

We genuinely like the MX-30, but it's looking more and more like the 100-mile range was a mistake. Don't forget, that's the maximum range on a full charge, and regularly charging an EV battery over 80% degrades its lifespan prematurely, while extremes in weather (like the heat in California) can affect range negatively. If the MX-30 isn't a compliance car and Mazda is already down to single-figure monthly sales, that's not a good sign for its first EV effort. 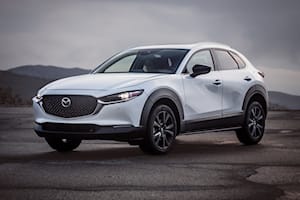 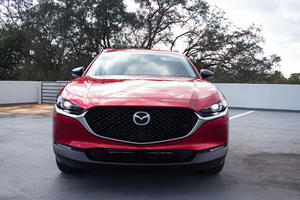 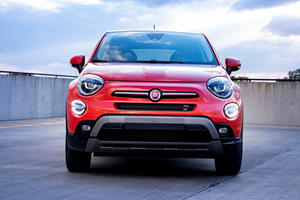