Wasn't Jeep Going To Reveal A Successor For The Horrible Compass And Patriot At New York?

Our Compass and Patriot suffering continues...

Let's be honest: The Jeep Compass and Patriot aren't very good cars and they're even worse Jeeps. What'd you expect from anything built on the same platform as the old Dodge Caliber? And yet both models have been in production since 2006. Isn't it way past due for them to get the axe? Haven't we suffered long enough? Yes and yes and, according to reports, a single replacement for both models was supposed to debut at New York last week. Only it didn't. How come?

Australia's Motoring asked Jeep CEO Mike Manley the reason for the delay and of any potential production problems. "There's no problem with it," Manley confirmed. "We decided to launch the new C (segment) SUV in Brazil. It'll be the first plant that gets the global vehicle, so no delays – it's on track." So when will the big Brazil debut happen? Not for another six months or so. The new C-segment SUV will compete directly against the likes of the VW Tiguan and Mazda CX-5. Like the Compass/Patriot, it'll fill the size slot between the Renegade and Cherokee. And, for the record, it'll be based on an enlarged and updated version of the Renegade's platform, which was originally developed by Fiat and GM back in 2005. 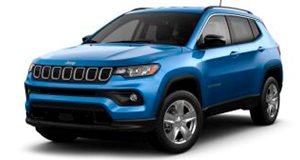