Zhou Guanyu's crash was just the start of an utterly chaotic British GP.

This weekend is Formula 1's British Grand Prix. It's one of the oldest, most storied races in the sport. Today, it was one of the most hectic races, if not the most hectic, since the controversial end to last year's F1 season at Abu Dhabi. While Ferrari driver Carlos Sainz piloted his car to his maiden F1 win from pole, the focus was a horrific incident.

On the first lap, as the lights went out, Alfa Romeo driver and teammate to Valtteri Bottas Zhou Guanyu found himself upside down in a hurry in a horrifying accident the likes of which F1 hasn't seen since Romain Grosjean's Bahrain crash.

Thankfully, the Chinese driver has been cleared and is unhurt, saying "Halo saved me today" in reference to the crash device that now sits above and around drivers' heads. He was even seen strolling the paddock after the race restarted.

Zhou started on the grid in ninth place, and not long after the lights were out, was knocked by Russell into turn one, causing the car to flip upside down across the gravel trap, over the tire barriers, and into the fence. In days of F1 past, this accident could have easily been fatal. In fact, many feared it was after seeing the impact.

The crash itself happened when Zhou was squeezed by Mercedes' George Russell and Alpha Tauri's Pierre Gasly. The AMG car spun into Zhou on his left, who was then shot over the top of Russell's car. Once the Alfa was settled, it rested almost entirely upside down, wedged between the fence and the tire barrier, with Zhou hanging by his harnesses, a full tank of fuel at his back.

After seeing the situation Zhou found himself in after the crash, Russell called for immediate changes to the barriers at Silverstone Circuit, saying it was dangerous to have a gap there. Had Zhou been too hurt to extract himself, or had the car caught fire as it did with Grosjean at Bahrain, things could have been much worse. Here's another angle, courtesy of a fan:

Immediately after the crash, a red flag was flown, ending the race until further notice from the stewards. At some point during the chaos caused by Guanyu's horrible crash, protestors decided this was their chance to storm the track and make their point. Reportedly, the protestors were there to bring attention to F1's impact on the environment, including its Big Oil sponsors, like Aramco, which sponsors Mercedes-Benz.

The incident was, of course, poorly timed. The protestors were promptly arrested and removed from the track. Their actions did not garner any coverage from race media at the time of the incident. For now, at least, all that matters is that all drivers involved in the race are unhurt. 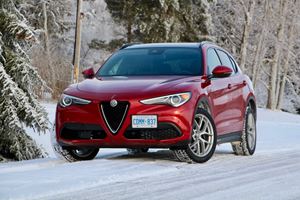