Can it be November 18th already?

We don't blame you if you're sick of watching teaser trailers for "The Grand Tour." The new Amazon motoring show starring Jeremy Clarkson, Richard Hammond and James May has been releasing small snippets of its first season over the last month or so. While we love each new bit of action we're getting kind of fatigued. Just show us the damn show already! That being said, we recommend watching this new trailer for "The Grand Tour" as it features a bunch of new scenes. The best part is that it's all fanmade.

We don't know how YouTuber RJj Clips got hold of this footage and don't care to find out. It's best to not ask questions in situations like these.

The new and unofficial trailer features extended footage of Clarkson on a jet ski along with May "blowing up" a GMC Yukon with an assault rifle. There's also footage of Clarkson tearing through what looks to be an old castle in an Alfa Romeo 4C Spider. Only time will tell if this trailer is able to hide from the prying eyes of Amazon's lawyers. What we mean by that is you should probably check it out soon before it gets pulled from YouTube for copyright infringement. November 18th can't come quick enough.

8 Things You Should Know About McLaren
Now Buzzing 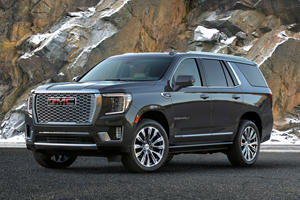 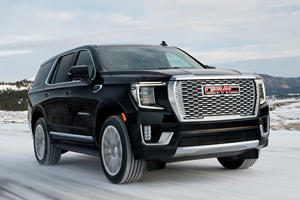