Watch The 2021 Kia Stinger In Action

The updated Stinger should arrive later this year.

One of Kia's most exciting products, the sporty Stinger, is set to get an update for the 2021 model year, with tweaked styling and revised engines on the agenda. After several spy photos have done the rounds over the last few months, we now have video footage of the Stinger being driven hard on the Nurburgring.

Unfortunately, heavy camouflage prevents us from being able to see the styling changes, but the camo's placement indicates that the lights and front/rear bumpers will be different. Earlier sightings of the Stinger also showed a taillight strip that runs across the width of the rear of the sedan. But the red Stinger seen here at the Nurburgring looks pretty much identical to the one that was spied being tested in Europe earlier this month.

While videos often provide an idea as to what new models will sound like, the Stinger that is spotted here seems to be muffled as it's difficult to decipher a distinctive exhaust note. Of course, being a prototype, it may not be fitted with the exhaust system that will make it onto the production model. In the same video, what looks to be the new BMW M4 was also captured on film and the difference in exhaust resonance is noticeable.

The Stinger here is fitted with quad exhaust outlets, but we previously spotted another prototype sporting even bigger pipes. Whether this means that the 3.3-liter V6 engine will be upgraded to a rumored 3.5-liter V6 with 380 horsepower remains to be seen. What's more certain is that lower down in the range, the Stinger will get a power bump in the form of a 2.5-liter T-DGI turbo engine that should make around 285 hp. That's more grunt than the BMW 330i delivers. 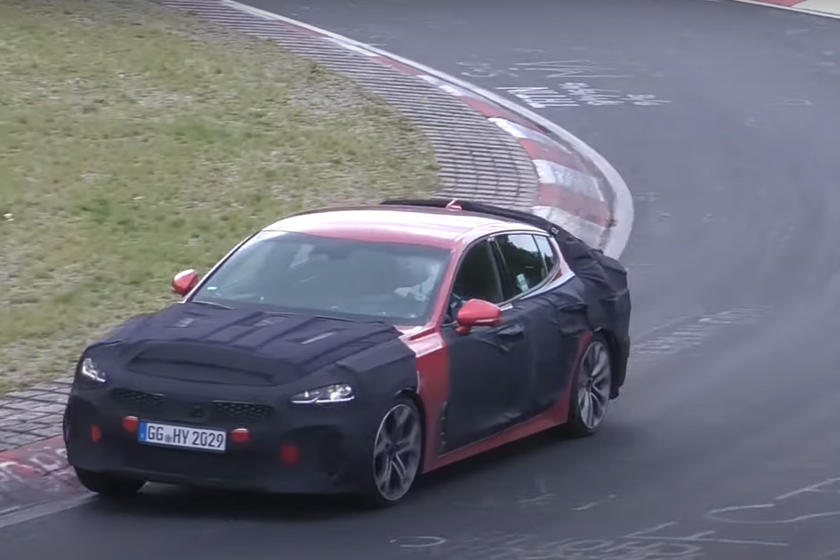 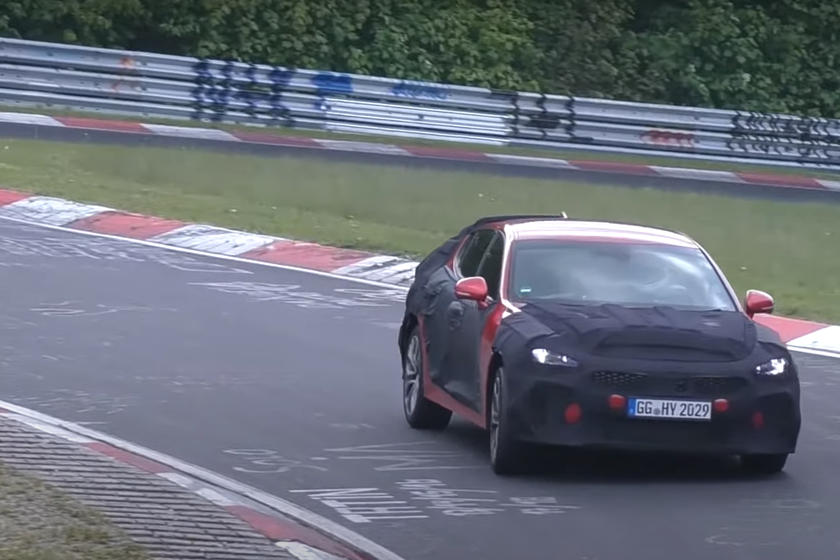 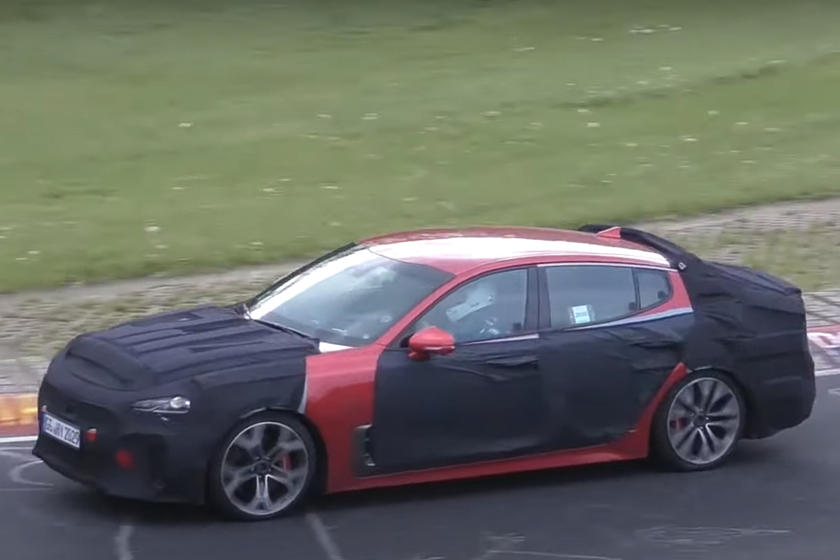 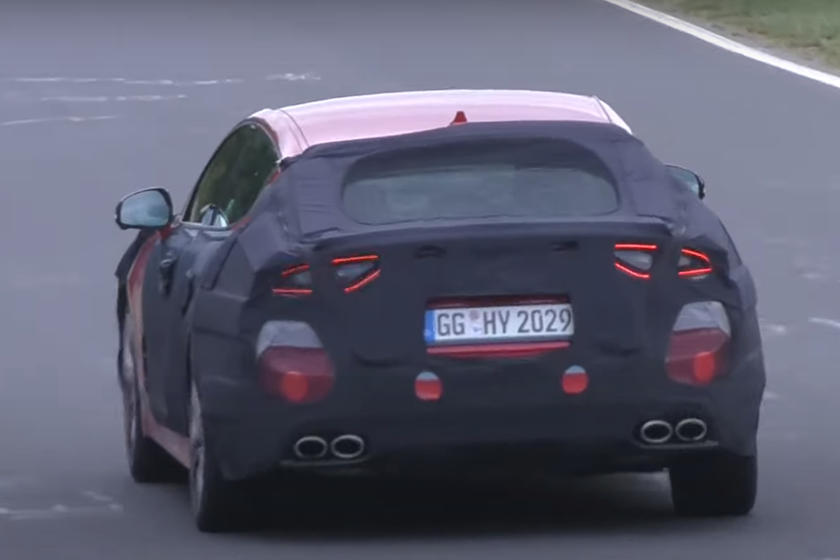 The upgraded Stinger is also expected to see a couple of changes inside, with a new digital instrument cluster and a different design for the steering wheel. Earlier spy photos revealed a heavily camouflaged cabin, leading us to believe that the changes in there could be pretty significant. Most of all, let's hope that the 2021 Stinger achieves the kind of sales success that it has always deserved. The current version is already a cracker of a sport sedan so the new one should be even better. 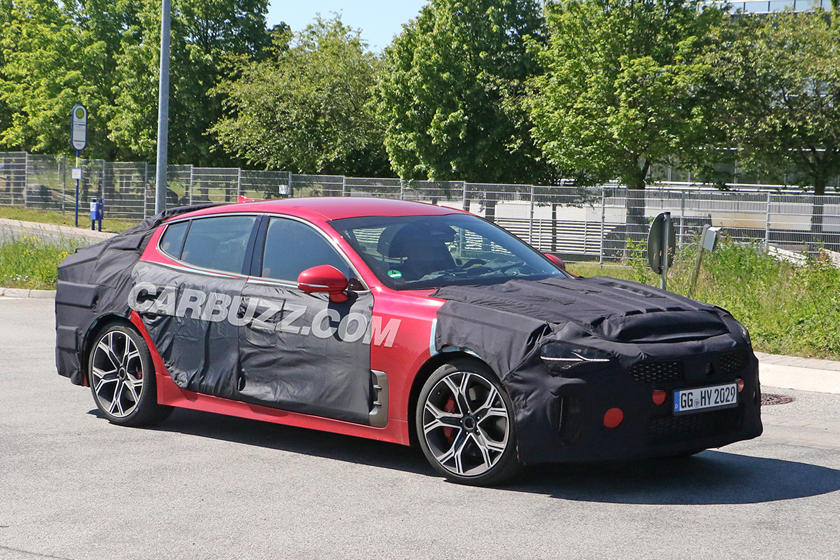 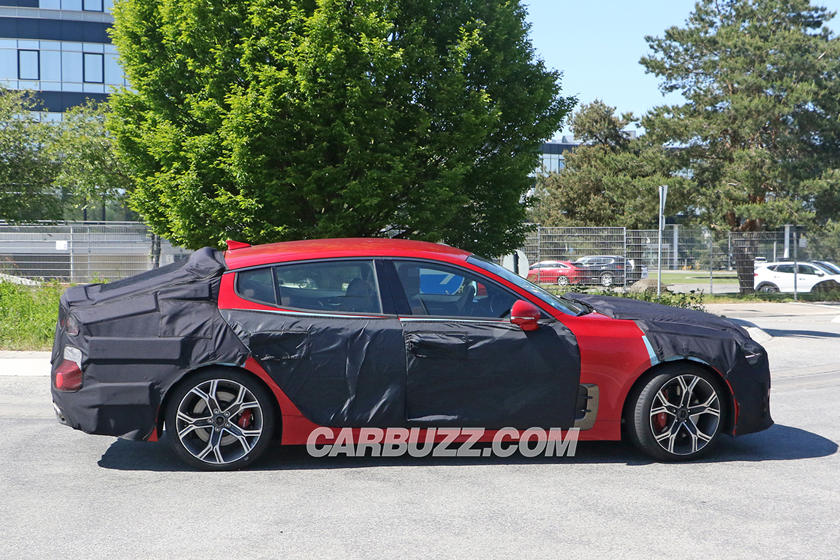 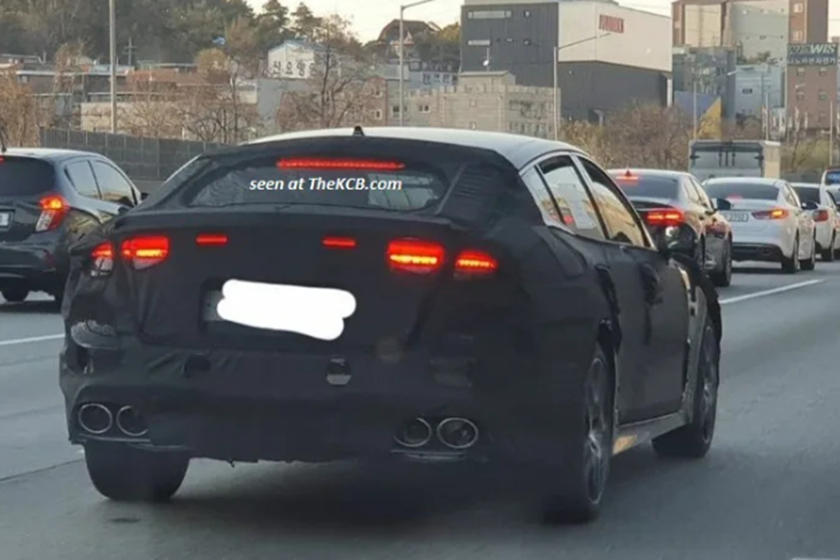 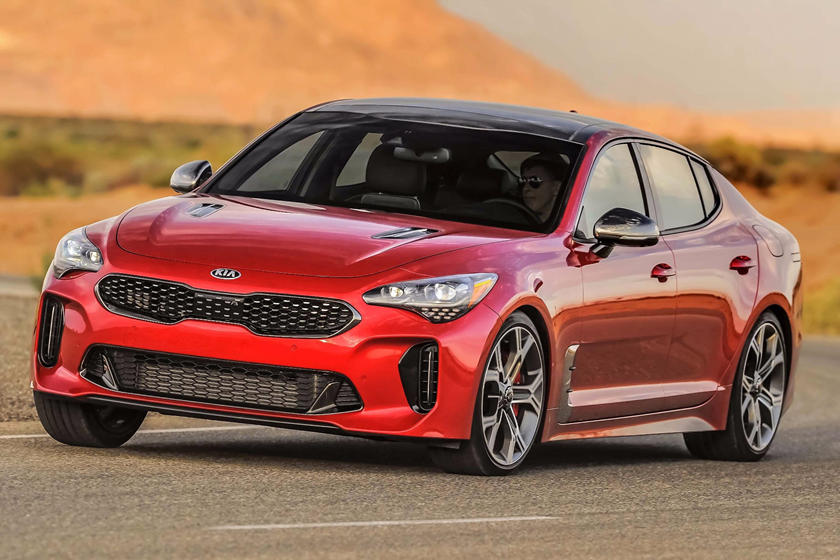 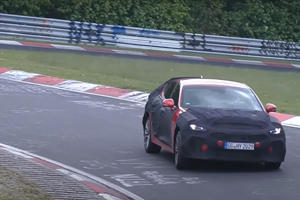 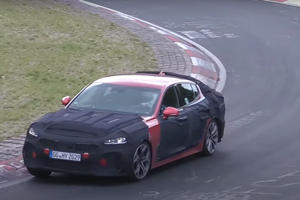 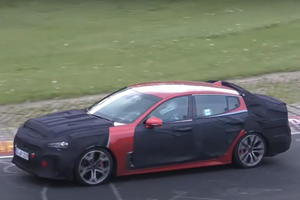 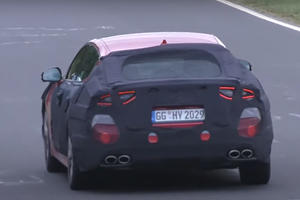 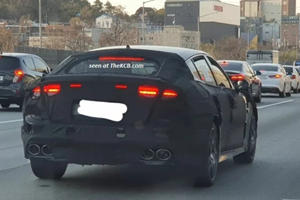