The reveal is potentially just a few weeks away.

Now that sales of the new BMW M4 Coupe and M3 Sedan started, BMW is preparing to unleash the new M4 Convertible next. Spy shots have shown the M4 'Vert getting close to production, and now we get to see the drop-top M4 in action as a prototype has been caught on video being put through its paces at the Nurburgring by YouTube channel Automotive Mike.

At speeds of up to 31 mph, the roof can open or close in 18 seconds. The prototype was caught racing around the 'Ring practically naked, with camouflage only covering the rear quarter panel and rear bumper. And yes, the convertible will retain the M4 Coupe's monstrous kidney grilles that have caused so much controversy.

Convertibles are inherently heavier due to the strengthening required to increase the car's structural integrity. Judging from the video, however, the extra weight the M4 Convertible is carrying hasn't affected the M4's brilliant driving dynamics as it tackles the Nurburgring's challenging corners.

Under the hood, the M4 Convertible will be powered by a 3.0-liter, twin-turbocharged straight-six, which carries over from the M4 Coupe and M3 Sedan. In the standard models, this unit produces 473 hp and 406 lb-ft of torque. That goes up to 503 hp and 479 lb-ft in the Competition variant. As standard, the M4 Coupe lets purists row their own gears using a six-speed manual transmission, while the Competition version has a seven-speed dual-clutch automatic. BMW hasn't confirmed if the Convertible will be offered in standard and Competition Guises, however.

With the warmer summer season fast approaching, we're expecting the BMW M4 Convertible to debut in the next few weeks, but we're still waiting for BMW to announce a date. 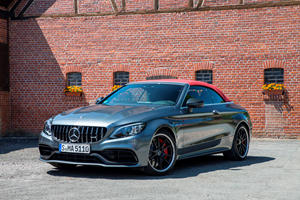 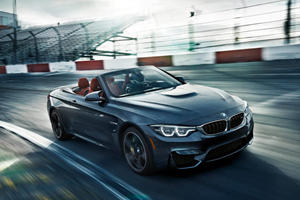 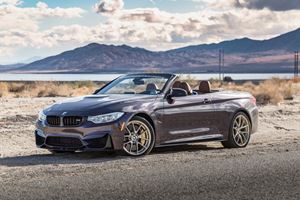 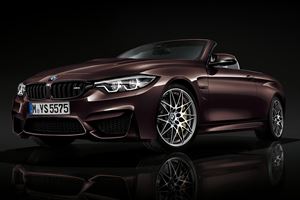