This professional crew made it look easy.

Movies like Gone In Sixty Seconds portray the glamorous side of stealing exotic cars and spin this criminal act as the stylings of a modern-day Robin Hood and his merry men, but in reality, car theft is not that romantic, and it's actually rising in the US. Car thefts have dropped significantly over the past three decades thanks to advancements in technology, but according to the New York Times, car thefts have soared over the past couple of years, and this latest incident reveals just how easy it is for criminals to steal modern cars.

A dealership in Roseville, Detroit has been targeted for the second time in a year by what is believed to be the same crew, and luckily surveillance videos captured the whole thing. In the video, six guys are seen breaking the windows of cheaper cars parked to block in the more expensive metal. The thieves then simply roll away the budget cars and start getting to work on the premium vehicles. One person is seen breaking into the dealership's office to look for the box containing all the keyfobs. In no time the crooks manage to unlock their chosen vehicles.

And what a haul it is. The crew sped away with no less than five premium cars: a Dodge Challenger Scat Pack, Dodge Charger R/T, Mercedes-AMG S63 Cabrio, Cadillac Escalade, and Dodge Challenger V6, together valued at nearly a quarter-million dollars. Ryan Abdalla of AMC Auto Sales said the perpetrators looked very athletic and knew exactly what they were doing.

The video shows the crew cruising out of the lot with their chosen rides mere minutes after entering the premises. With that kind of valuable stock parked in the open, one would think that the dealership would at least secure its key box. Maybe it's time to park a few Chrysler PT Cruisers around the cheap-car perimeter to fend off would-be car thieves. 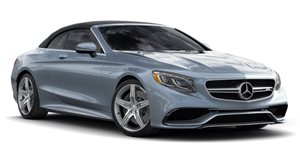