Watch This Dodge Demon Burn Back To The Pits Of Hell

A total of 3,300 Dodge Challenger SRT Demons were built and now there's at least one less. The video featured below is the nightmare every Demon owner might have had come true. A fair bit of warning, first. It's painful to watch. For some unknown reason, which will most likely be blamed on a mechanical failure, this Demon caught on fire and burned for a few minutes until the flames were extinguished. Even by then it was probably too late to salvage the 804 horsepower and 770 lb-ft of torque drag strip destroyer.

The catastrophe took place only a few days ago at the Milan Dragway not far from Ann Arbor, Michigan. The video begins with the cars in the staging lanes preparing for a drag strip run. The Demon in question starts off the occasion by doing a burnout and everything goes to hell from there. Literally. 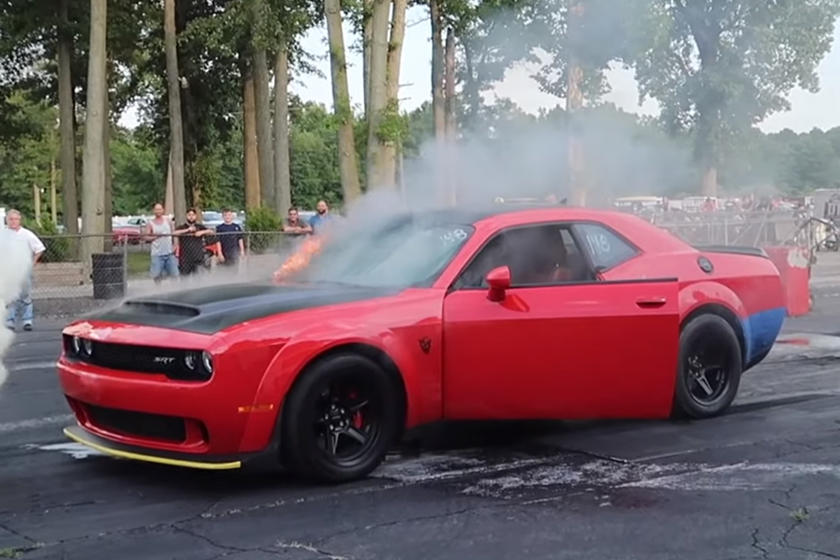 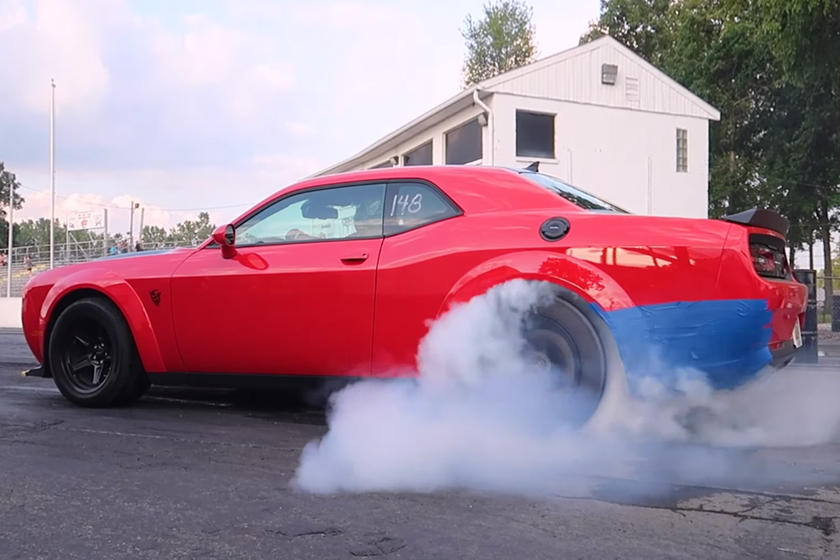 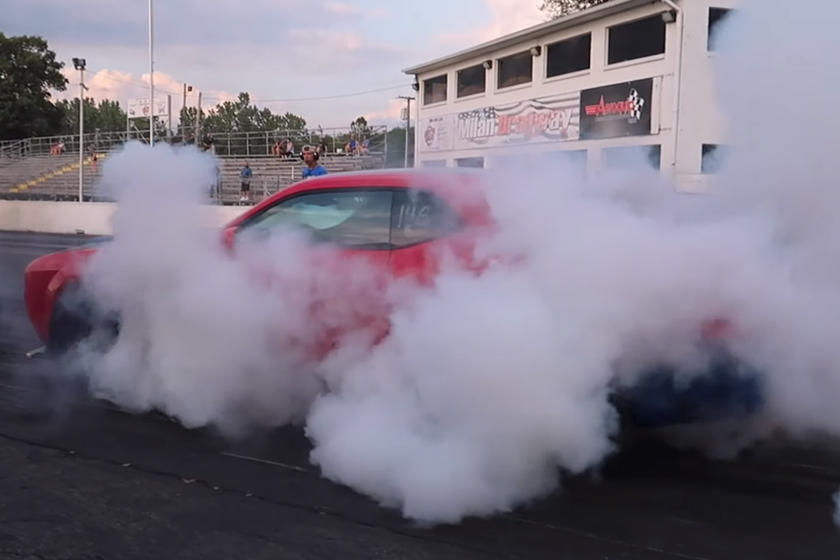 Suddenly, there was a flame burst coming from underneath the car and the fire quickly spread from the driver side door to the front wheel well. Almost immediately a track official came with a fire extinguisher but then something unusual happened: the car wouldn't shut off. The official told the owner/driver to cut the engine but an argument broke out instead. Words were exchanged the official walk away. It's hard to hear from the video, but it's possible the driver told the official to "let it burn." Again, this is unconfirmed and it'd be pretty crazy if it were true.

Meanwhile, the fire continued to spread and the owner just stood there. Someone even reminded him he doesn't have insurance when the car is on the drag strip. So basically, the owner and track officials stood there and argued while the Demon continued to burn. It took several minutes until the official came back to fight the fire, this time joined by others. Finally, a water truck arrived to extinguish the blaze for good. 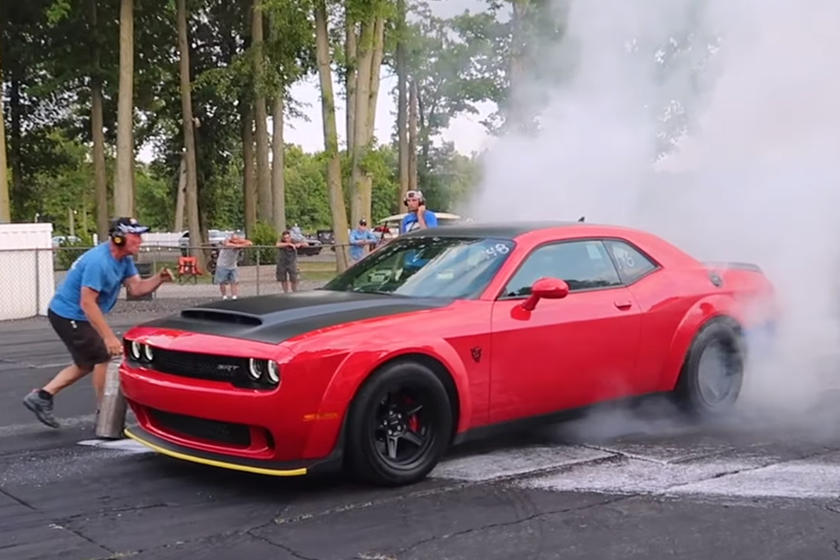 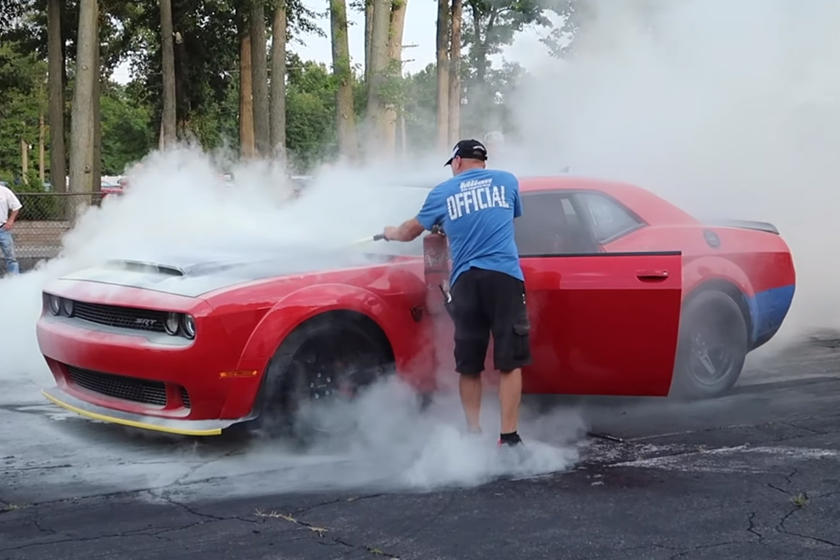 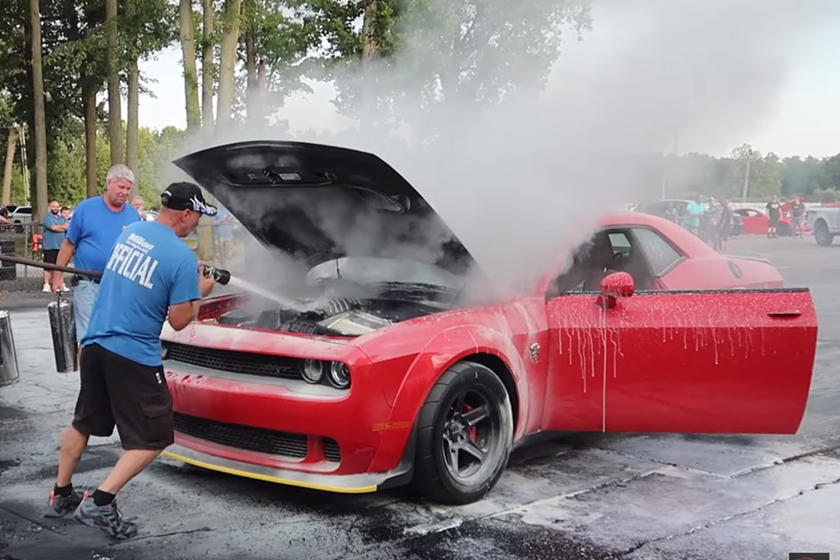 Unfortunately, it was probably too little too late. But we're left wondering what was said between the driver and drag strip official? Was this simply a misunderstanding that turned into an argument? If so, it was a massive failure to communicate that resulted in the likely death of this Demon. 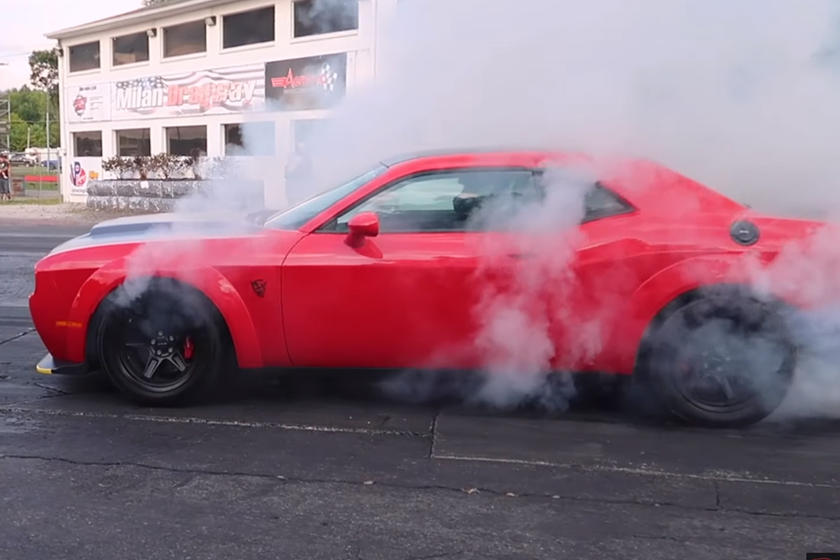 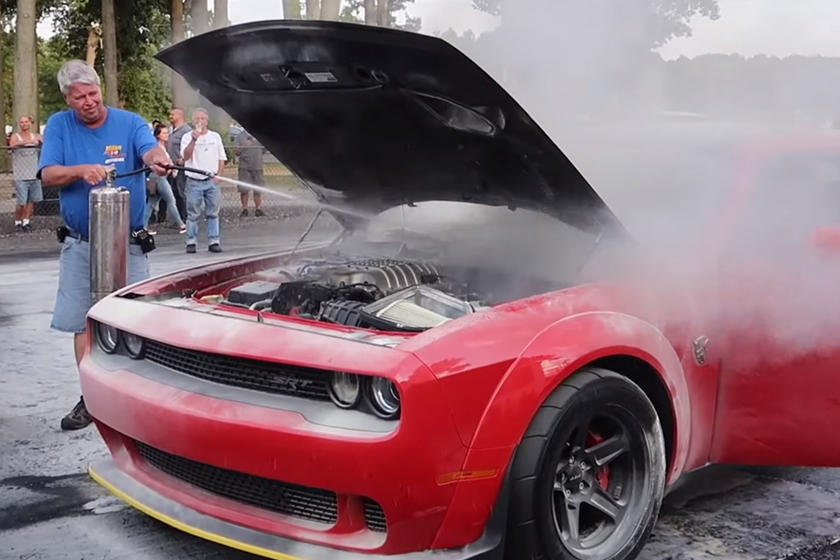 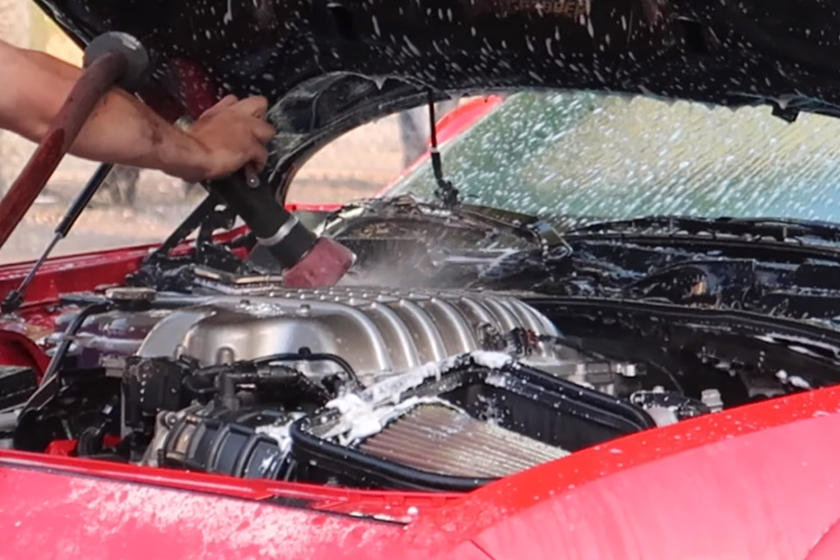 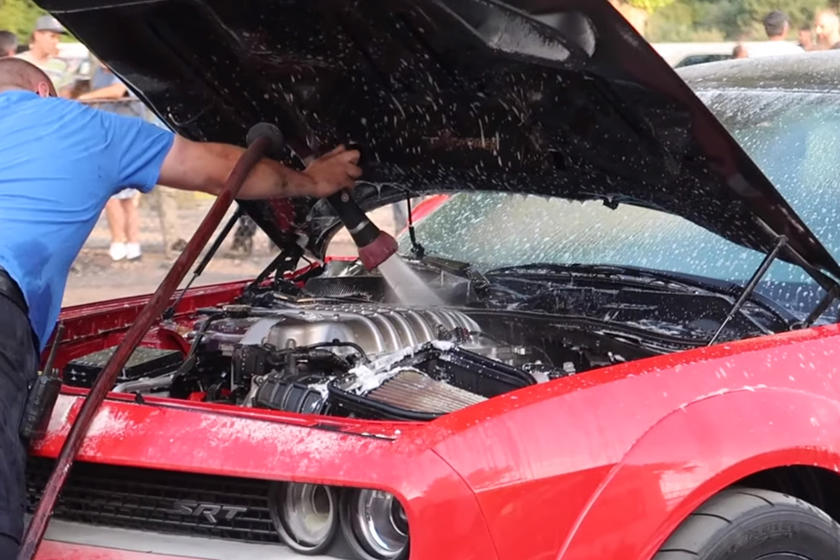 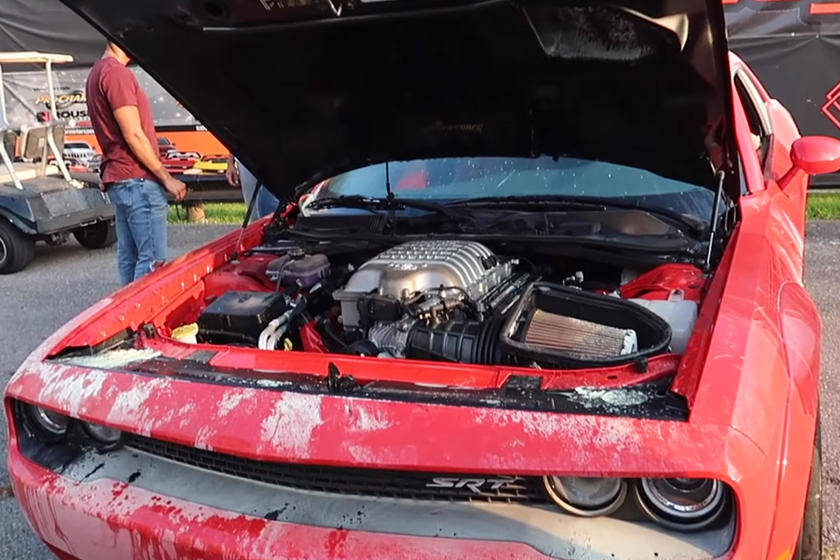 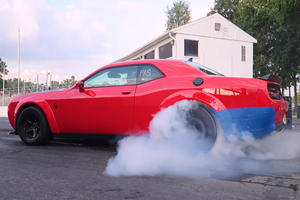 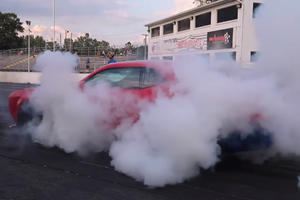 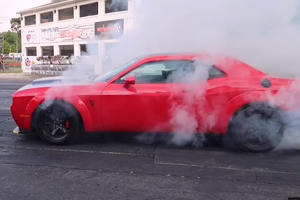 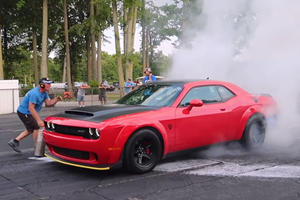 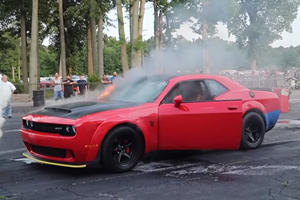