And Tesla wants the owner to pay for it.

There are many things that Tesla has done right over the last few years, but positioning itself as a quality benchmark isn't one of them. We thought that the Model 3 - which came some time after the Model X and Y - would be better, but this hasn't quite been the case. Then, there was the brand's terrible showing in the recent J.D. Power Initial Quality Study.

But even that isn't quite as shocking as what an owner of a brand new Tesla Model X has just experienced. Shared on Twitter, the user who goes by the name 'Beastlyorion' was left angered when the front left wheel of his SUV "fell off" in what looks to be a total control arm failure.

The tweet confirms that the Model X in question was just one week old and that there was no accident - the wheel simply detached. In subsequent tweets, the owner says that Tesla expects him to pay for the damage to the $80,000 SUV because the bumper had a tiny indent and the side of the tire was slightly worn, both of which sounds dubious after just one week.

Even if the owner did cause some minor prior damage, that wouldn't explain the kind of failure seen here. Commenters were mixed in their responses - many people thought it should be covered under warranty and lambasted Tesla's ongoing quality maladies, but some were convinced that someone hit the Model X which is what caused the damage.

If the Model X was hit that hard to result in a wheel falling off, one would expect to see more damage in the area surrounding the wheel, though, which simply isn't apparent here. Worryingly, it's not the first time that a Tesla has been affected by premature suspension issues, as was the case with the Model S a couple of years ago. Even worse, it was alleged back then that Tesla tried to keep owners quiet about the problem.

Right now, the owner of this troubled Model X must be relieved that the suspension failure never occurred at speed. We'd rather not even think about the outcome if that had been the case. 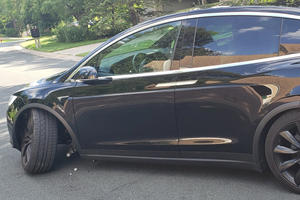 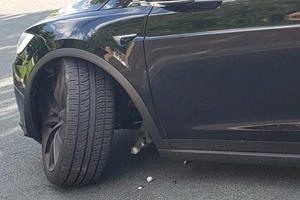 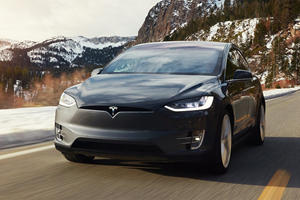 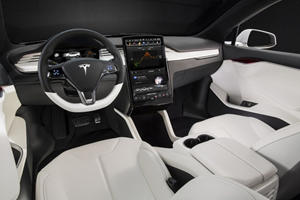 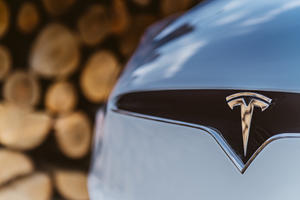