If only this was still in production.

Dodge has gone through plenty of ups and downs over the decades. It's been on the brink of financial collapse more than once and it has always managed to pull through. It can thank two people for that: Lee Iacocca and Sergio Marchionne. But unlike other automakers, Dodge has regularly taken design chances, for better or worse. It was far less afraid to experiment with something, put it in production, then sit back and see how the market responded. The Plymouth (later Chrysler) PT Cruiser received a solid response with great sales.

The Dodge Magnum, however, received great reviews but not enough sales. Launched for the 2005 model year, the Dodge Magnum was essentially a station wagon version of the also then new Charger sedan. Both were built on the LX rear-wheel-drive platform, which is still in use today though it's been heavily updated. It's also important to remember that this was the pre-FCA era when Dodge and Chrysler were still owned by Cerberus Capital Management following the breakup of Daimler-Chrysler. Let's just say both owners did not make Dodge or Chrysler better companies in any significant ways.

The former, in particular, did little to help these long-standing American brands recover financially. When the Great Recession struck in 2008, Chrysler was in serious peril. Marchionne came to the rescue. This was also the Magnum's final production year, a victim of slow sales and an automaker on the brink of collapse. It's a shame, really, because the Magnum had a lot going for it. For starters, it was unique thanks to its slick wagon design; it didn't look like anything else out there. The interior? Let's just say it could have been world's better. The dashboard design was not great. Build quality? Think cheap Tonka toys.

Under the hood, however, was a different story. While the base engine was a paltry 2.7-liter V6 with 190 horsepower, there were other options, specifically a somewhat better 3.5-liter V6 with 250 hp and two V8s, the 340-hp 5.7-liter Hemi and 425-hp 6.1-liter Hemi. Dubbed the RT and SRT8, respectively, both engines were the clear choices for enthusiasts. The SRT8 was extremely well received, making several publications 'Best' lists.

It could go from 0-60 mph in 5.1 seconds, 0-100 in 11.7 seconds, and hit the quarter-mile in 13.1 seconds at 108 mph. Today, those figures are not extremely impressive, especially for a V8-powered vehicle, but this was nearly 15 years ago. The Magnum SRT8 was simply a wicked cool car, which may help explain why there are relatively few up for sale these days.

We did manage to spot this 2005 Magnum RT up for sale on Craigslist, however. With an asking price of only $2,500, its next owner will get a V8 station wagon with killer good looks and rear-wheel-drive. Yes, burnouts are totally possible.

This example has 118,000 miles on its odometer and appears to be in generally good condition inside and out. Unfortunately, Dodge did not offer a manual transmission, but rather a Mercedes-Benz-sourced 5-speed automatic. Some already claim the Dodge Magnum has become a classic and it's kind of hard to disagree with that. Considering its reasonable price when new, optional V8 power, RWD, and the many conveniences wagons offer, the Magnum was sadly underappreciated by the masses. Just imagine for a moment what it would be like today if FCA kept it alive. 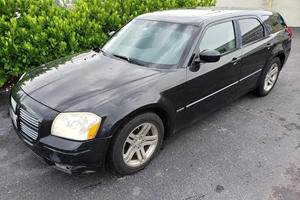 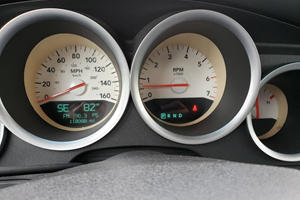 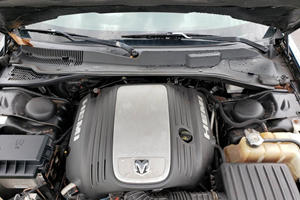 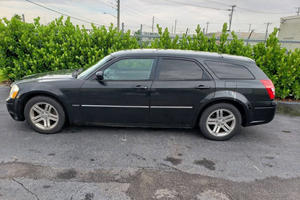 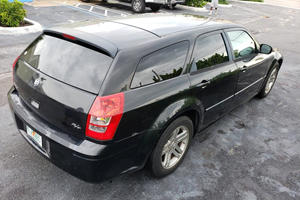