One of the best-handling FWD coupes ever.

There was a time when small and sporty front-wheel-drive Japanese coupes were popular in the US. Even today, their RWD counterparts, such as the Nissan 370Z and Toyota 86, are no longer part of the mainstream. Even the soon-to-be-revealed Nissan Z, though RWD, will appeal mostly to enthusiasts. Even before the decline in sedan demand, coupes were suffering. Anyone remember the Nissan Altima Coupe, sold from 2010 until 2013? The Toyota Solara, a two-door Camry, lasted from 1999 to 2008. The Honda Prelude was one of the best all-around sporty and fun-to-drive coupes of all time.

We can expand this list even further, but today we'd like to draw your attention to a relatively little-known 1990s era FWD coupe that deserves recognition as well.

The Nissan NX2000 and its less powerful counterpart, the NX1600, went on sale in the US back in 1991. Built in Japan and designed in California, both competed against the also long gone Mazda MX-3, Toyota MR2, and Honda Civic Del Sol. The NX could be had with either a T-Top or hardtop. No convertible was offered. And like many vehicles then and now, the NX shared a platform with another model to help save costs. That vehicle was the third-generation Nissan Sentra. The NX1600 and NX2000 were powered by the Sentra's 1.6-liter inline-four and the 2.0-liter unit based on the SE-R trim.

Those who desired more power and performance gravitated towards the NX2000 which had around 145 horsepower and 132 lb-ft of torque. But it was in the handling department where the NX2000 truly shined. Compared to the Sentra SE-R, the NX2000 had larger brakes and more aggressive tires.

Engineers also stiffened the chassis and equipped it with a limited-slip differential. To this day, it remains on the list of best-handling FWD cars of all time. And now you can buy one in great condition at a very reasonable price.

This 1992 Nissan NX2000, currently for sale at Best Auto Buy in Las Vegas, Nevada, has a total of 91,761 miles and an asking price of just $6,995. The burgundy exterior and charcoal cloth interior appear to be in solid condition and there are no major mechanical issues. The only downside is it's equipped with the four-speed automatic transmission instead of the standard five-speed manual. Anyone with a desire to own an inexpensive sporty coupe with great handling should look no further. 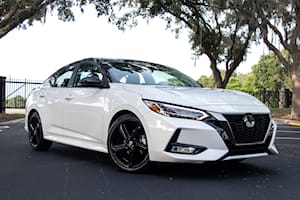 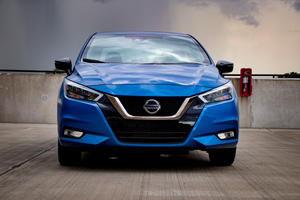