Hint: it's a sleeper.

Back in the 1990s, Mitsubishi and Chrysler had multiple product deals, among them the Mitsubishi 3000GT and Dodge Stealth twins. And then there were the economy cars such as the Dodge and Plymouth Colt. Remember Plymouth? The only trace of its existence today is the nameplate revival of a certain minivan, the bargain-friendly Chrysler Voyager. But Plymouth was a key player for Chrysler for decades and it's a shame badge engineering got the best of it.

The Colt Vista was really the Mitsubishi Expo and it was sold as a Plymouth and Dodge for several years beginning in the late 80s. A second generation arrived for 1992 and, like its predecessor, was anything but an enthusiast's car. It was simply affordable and reliable transportation for the family and could even be described as an early crossover.

Front-wheel-drive was standard and all-wheel drive was an option. Now, here's where things get interesting. In its home market of Japan, a limited edition AWD version was offered with the legendary 4G63 2.0-liter turbo engine, which was taken directly from the first generation Lancer Evolution and Galant VR-4. It produced a total of 227 horsepower when paired to a five-speed manual gearbox. News of its existence reached the US but little could be done to even modify one because the Evo itself didn't go on sale in the US until 2003. But time heals all wounds.

Now up for auction on Cars and Bids is this heavily-modified 1992 Plymouth Colt Vista AWD. As you've probably guessed its undergone an engine swap and is now powered by that 2.0-liter Mitsubishi-built 4G63T turbocharged inline-four. Total output was not provided.

The original slushbox was ripped out in favor of a Shepherd Stage 3 five-speed manual. Its owner didn't stop there. The front brakes were sourced from a Galant VR-4 and Enkei wheels wrapped in Yokohama s-Drive tires were added. Some other modifications include a rear hatch wing, billet engine mounts, fuel pressure regulator, front-mounted intercooler with custom aluminum piping, a custom solid mount for the rear differential, and Alpine speakers. Total mileage is around 66,000 miles.

There are a number of blemishes inside and out, but this is to be expected from a heavily modified 29-year-old car. The original owner's manual is included in the sale that's scheduled to end on February 22. As of this writing, the highest bid was only $3,500. 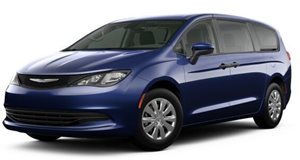