The Toyota MR2 continues to be a well sought-after mid-engined sports car 14 years after the last one rolled off the assembly line. Today, the Toyota 86 fills that role and if you have money to spare, there's the Toyota Supra. The first MR2 generation launched in 1984 and remains highly regarded, though it was pretty bare-bones simple. The second-gen was larger and more luxurious and heavier by at least 350 pounds, though this came with several advantages like bigger engines, an improved suspension design, and a more robust transaxle.

Instead of the first-gen's angled appearance, this MR-2 was more rounded though it retained the pop-up headlights. Many even dubbed it the "poor man's Ferrari." Depending on the region, Toyota offered different trim levels, with the US receiving just two: MR2 and MR2 Turbo, the latter powered by the excellent 2.0-liter 3S-GTE engine.

But in Japan, there were twice as many trims, one of which was the turbocharged GT-S. With a total output of 218 horsepower and 200 lb-ft of torque, the sole gearbox available was a five-speed manual, sending power to the rear wheels. Other standard items included electric folding mirrors, power steering, and a rear spoiler. But if there was one thing MR2 owners everywhere loved to do besides driving, it was tuning. The MR2 quickly became an aftermarket favorite and these days it can be a bit tricky to find a stock example, though not all mods were done untastefully. This one is an ideal example.

Up for sale JDM Sport Classics, located in Three Rivers, Michigan, is this 120,000-mile 1996 MR2 GT-S recently imported from Japan.

One thing that makes it special is its T-top, an uncommon feature in its home country. Finished in Super White 2, the list of mods is pretty extensive and the goal was to give it a more aggressive look. Notice the round "Kouki" taillights, one-piece rear wing, front lip, side skirts, Volk racing alloy wheels, aftermarket exhaust, and Momo steering wheel. Its previous owner also upgraded the electronic power steering for better low-speed assist and reduced assist at high speeds. The engine was also tweaked for a new output of 242 hp. There's even a cool intake snorkel.

Anyone interested should know the asking price is a very reasonable $15,995. They should also prepare themselves for endless questions from curious and envious other drivers. 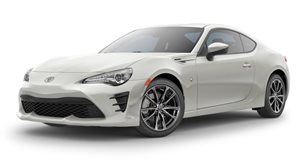