And yes, it has a manual.

The Ford Contour and its Mercury Mystique twin were marketed as being "world cars" when they debuted back in 1995. That's because they were. The first-generation Ford Mondeo and Contour were developed together, though the latter received unique styling elements and a few other changes specifically to match American tastes.

Built on the CDW27 front-wheel-drive platform, the Contour lasted only a single generation, unlike the Mondeo. As a successor to the Ford Escort, the Contour was a marked improvement but it still fell short in one critical category that matters to Americans: interior space. By European standards, the Mondeo was just fine for the time, but America, in general, preferred more spacious family sedans.

Along with the platform, the Contour shared two engines with the Mondeo, a 2.0-liter inline-four with 125 horsepower, and a 2.5-liter Duratec V6 with a more reasonable 170 hp. A five-speed manual came standard and a four-speed automatic was optional. The Contour/Mystique did their jobs well enough for the first few years, but very quickly Ford realized a larger vehicle would be necessary.

Instead of second-generation models, the first-generation Ford Fusion and Mercury Milan debuted, though not until 2006. The Taurus and Sable were the automaker's midsize sedan offerings during those gap years. In general, the Contour was unexciting. It was essentially a no-frills economy car designed to compete against the popular Toyota Corolla and Honda Civic.

But starting in 1997, Ford did something rather cool. It tasked its Special Vehicle Team (SVT) to give the Contour some much-needed attitude.

The result was the Contour SVT, which featured an upgraded 2.5-liter V6 rated at 195 hp (and later to 200 hp), numerous suspension and handling modifications, upgraded brakes, larger wheels wearing high-performance tires, and a five-speed manual. No slushbox was offered. The interior also received attention by way of new seats and white-face gauges. Like the Mustang SVT Cobra at the time, the Contour SVT was only available by special order at dealerships.

The general response to the Contour SVT was quite positive. Edmunds even named it as 1999's most desirable sedan for less than $25,000. But when the regular Contour was discontinued in 2000, the SVT version was as well. Because of its special order status, Contour SVTs weren't the most common sight and they're even more difficult to find today.

We happened to spot one up for sale for an asking price of $10,395. That may sound like a lot for a car that's over 20 years old, but it only has 38,701 miles on the clock and just one owner. Judging by the photos, it appears to be in pretty good condition inside and out with only a few traces of typical wear and tear.

The selling dealer, Honest Engines Auto Sales & Services, is located in Florida. A decently powerful compact sedan with a manual gearbox, a sport-tuned suspension, and very few miles for not a lot of dough would be a great first car for any gearhead. 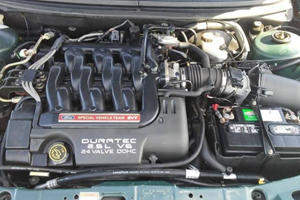 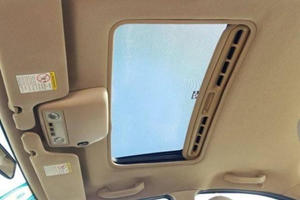 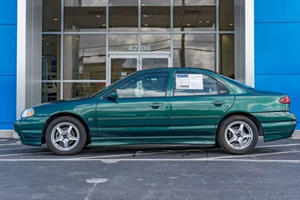 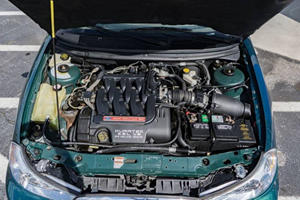 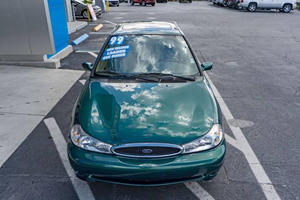