What's the Worst Selling Full-Size Pickup in the US?

No, it's not the Honda Ridgeline.

The full-size pickup truck battle will never end. The biggest contenders are usually always Ford, Chevy and Ram. Detroit has always known how to build trucks. But over the years, brands such as Toyota have also cracked the big pickup truck code and built solid vehicles themselves. Specific examples include the Toyota Tundra and the Nissan Titan. Yet here's something about the latter: it's hardly changed since it launched in 2003, and buyers have noticed.

Perhaps that's why it is currently the worst selling full-size pickup in the US at the moment. Just 1,314 units sold last month, which is down from 2,084 from the previous March. In other words, sales are down some 36.9 percent, putting the Titan below its smaller Frontier sibling and the Honda Ridgeline (which really isn't a truck at all). Nissan is currently at work on an all-new Titan that'll be offered with a Cummins diesel. However, considering just how far the new Ford F-150 has advanced ahead of its GM and Ram competitors, it's hard to see the next Titan making any serious sales dents. Perhaps it'll just be a solid Tundra fighter and let the Detroit Three have their own separate battle. 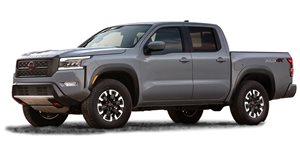 Model Overview
2021 Nissan Titan Review: It Does The Job