Lincoln once figured it could get away with slapping on a different (and ugly) front grille to the first generation MKX crossover, which was nothing more than the Ford Edge. That type of cheap badge engineering doesn't work anymore and, perhaps, it never really did. Just ask "old" GM. Anyway, the second generation Lincoln MKX has arrived and, yes, it's still based on the also new Ford Edge. Same platforms. Similar, although not exactly the same styling, but there are key differences this time around: the engines.

That price tag will jump even higher if one opts for the Black Label trim. But a $60,000 MKX that's not even the most feature-packed? Who's going to buy this over a BMW X5 or a Lexus RX-350, for example? But we figured out who that person is. Wasn't that hard. He just so happens to be Lincoln's official spokesman, actor Matthew McConaughey. 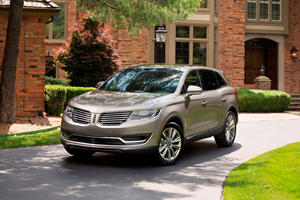 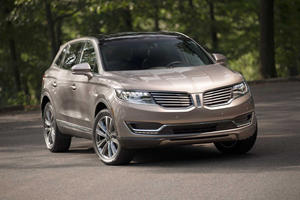 Model Overview
2017 Lincoln MKX SUV Review
As an alternative to the more-obvious premium offerings, the Lincoln MKX certainly makes a worthy case for itself. 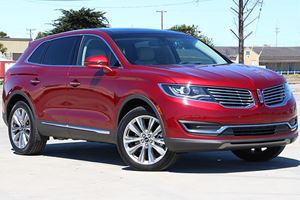