Why Did GM Take So Long to Issue the Ignition Recall?

It's the question it'll soon have to answer.

It's a question that many have been asking, but so far there's been no direct answer. GM has, however, now issued an apology for its failure at handling an ignition switch defect in roughly 1.6 million of its cars (1.4 in the US alone). In case you haven't heard about this major recall, here's a brief background: a total of 31 crashes and at least 13 fatalities have been attributed to a defective ignition switch that inadvertently can be turned to the "off" position.

As a result, the engine shuts off along with most electrical components - including the air bags. Yeah, that's not good. Not good at all. The affected models were first announced as the Chevrolet Cobalt and Pontiac G5 sedans, sold specifically from 2005 through 2007. Canada's Pontiac Pursuit was also included. This list later expanded earlier this past week ago to include the 2003-07 Saturn Ion, 2006-07 Chevrolet HHR, and 2006-07 Pontiac Solstice and Saturn Sky. But here's the big controversy: GM supposedly knew about this ignition defect when the Cobalt first launched in late 2004.

Over the course of the next few months, GM received reports of Cobalts "losing engine power, including instances in which the key moved out of the run position when a driver inadvertently contacted the key or steering column." In late 2005, GM issued a technical service bulletin to dealers that addressed a supposed non-critical issue in regards to the ignition. This bulletin was later expanded to include the Ion, HHR, Solstice and Sky. GM actually blamed the problem on short drivers and heavy keychains. A fix was made available, but only 474 cars had it done. Which brings us to the present, GM has given the NHTSA a chronology showing its actions on the ignition problem.

But still, why did GM take so long to issue an all-out recall? Why couldn't have this been done when the problem was first discovered almost a decade ago, instead of just issuing a service notice to dealers? These are questions of negligence GM will soon have to answer to – from both the US and Canadian governments as well as consumers alike. 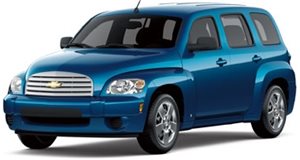