It boils down to the success of a humble SUV.

Ford is going through some major changes with new CEO Jim Farley set to step into office in October, and the game-changing Mustang Mach-E set to arrive at dealers this year. But one thing that hasn't changed at all is Fords' love affair with cops. Ford has been supplying the American police force with cars for decades, and we're interested to know why America's second-largest manufacturer of automobiles has such a tight relationship with the people entrusted with keeping us safe. Ford has controlled almost half of the police vehicle market since at least the 1990s, and the Ford Police Interceptor Utility makes up a great deal of that market share.

In a YouTube video posted by CNBC, the news broadcaster takes a closer look at Ford's relationship with the police. "Its not a huge portion of Ford's business, but it is generally considered an important part of the business, and they have dominated this market since at least the mid-1990s," says Sam Abuelsamid, principal research analyst at Guidehouse Insights.

According to Ford, which doesn't release official figures for their Police operations, they control almost two-thirds of the market, with the other share being divided up between General Motors, the largest US carmaker, and Fiat Chrysler automobiles.

The Ford interceptor Police car is by far the most popular car in the US police fleet and is based on the Ford Explorer, the best selling SUV in American history. "The rise in popularity of these vehicles shows that the US Police force is making the same changes to its fleet as American drivers are making," the video goes on to say.

Police departments make use of many different types of vehicles, including unmarked cars, patrol cars, motorcycles, and even military vehicles, but the vast majority of police vehicles remain SUVs. The fact that the most popular SUV on the market has been adopted as the most popular police car should come at no surprise then.

"Ford's police packages have almost always dominated the market through clever packaging and performance, and the fact that police cars have been stuffed with more and more tech, the Explorer SUV just made sense," says Brian Higgins, former chief of Bergen County police New Jersey. 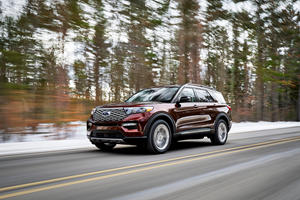 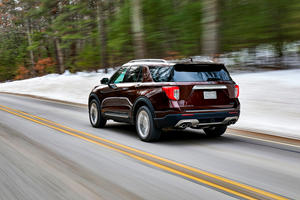 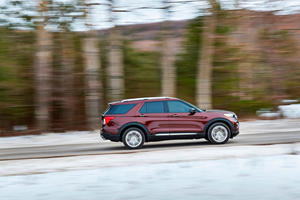 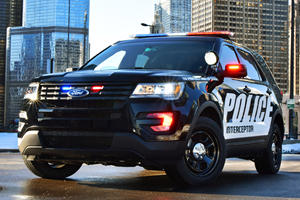 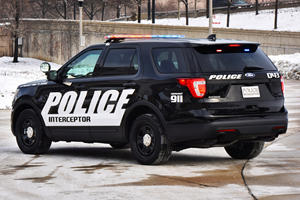