Late Model Racecraft will give you the car you need.

The top-spec Corvette ZR1 model was the most impressive specimen of the C7 generation, sending up to 755 horsepower to the rear wheels courtesy of its supercharged 6.2L LT5 V8 - reportedly good for a 0-to-60 sprint in under three seconds and a 10.6-second quarter-mile.

But as a rule: if ever there's power left in a Corvette engine block, some tuning firm out there will find it. That's how Late Model Racecraft came to build this stunning, supremely potent C7 ZR1 with 900 rear-wheel horsepower. Prior to returning the car to its owner, LMR was kind enough to share photos and other details on social media, and boy are we glad they did.

This C7 ZR1 is shod in Elkhart Lake Blue - Elkhart Lake being the name of the Wisconsin town where Road America is located. It's been fitted with Late Model Racecraft's LMR1000 package, which leverages a high-flow induction system, longtube stainless headers, a custom cam grind, and some other parts to boost peak output to a reported 1,000 horsepower or so at the crank on 93-octane pump gas.

To be clear, yes, you can take your run-of-the-mill C7 ZR1 to Late Model Racecraft, hand them some cash, and leave with an attainable, all-American sportscar with the power of a Bugatti Veyron. Not just that, but you could have more than double the output of the 2020 Corvette Stingray, which produces *only* 495 horsepower.

The cost for all this kit, including professional installation and dyno tuning with road testing, is $18,999.99 on top of the price of the donor ZR1. That being said, if you've got more cash lying around and an even bigger appetite for speed, there's also the LMR1200 package, which ups the ante to - you guessed it - 1,200 horsepower. That package will set you back an eye-watering $34,999.99.

According to Corvette engineers, the C7 ZR1 represented about the upper limit to how much power could safely, practically be put down by the front-engine chassis, hence the switch to a mid-engine layout for 2020. Despite this, performance enthusiasts the world over have not stopped asking for more power, and it gives enough reason for Late Model Racecraft to satisfy these demands.

Luxury
Mercedes CEO Makes One Thing Clear About The S-Class 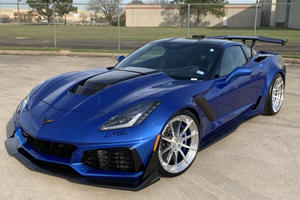 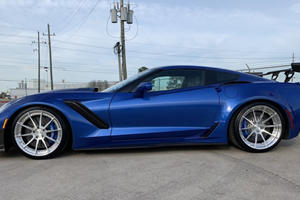 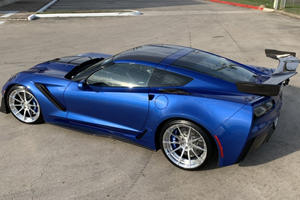 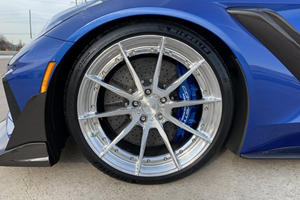 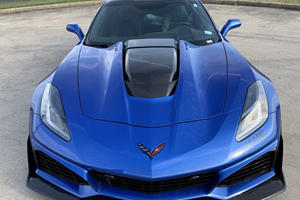