Will There be a Next-Gen Mazda2 Sedan?

We hope so, but no official word just yet.

The all-new Mazda2 just had its official debut last week. Overall, it's a hands-down improvement over its successful predecessor. In fact, this new entry-level hatchback may just become the segment's leader. We'll have to wait for official test drives to see if that happens. But in the meantime, there's been some speculation in regards to the future of the Mazda2 sedan. As in, will there even be one?

Mazda isn't saying much at the moment, but rendering artist Theophilus Chin has just come up with these images, based on the new hatch, of what a sedan variant could look like. For the most part, it really resembles a watered-down Mazda3 sedan. That's not a bad thing, but we're still wondering whether this car would actually be needed. Remember, the Mazda2 sedan isn't available in all global markets; it was something mainly for the US. It was never a bad seller, but with rivals such as the Ford Fiesta sedan and new Chevy Sonic, a Mazda2 sedan would definitely have some serious competition.

All The New EVs Coming In 2022
Source Credits: www.theophiluschin.com 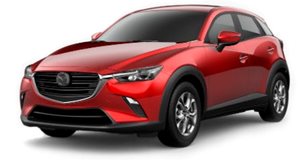