Somebody's mistake could be your gain.

The Ford Mustang Shelby GT500 is an epic machine, one that has been praised for its incredible engine and astonishingly brilliant handling. However, that 5.2-liter supercharged Predator V8 with its 760 horsepower was clearly too much to handle for one unfortunate owner, who has crashed the glorious machine before even cracking 2,500 miles on the odometer. The car showed up on Dezzy Speed Shop's Instagram account this week and whoever crashed it seems to have done a proper job of the wreck. The entire front end with its bumper, fenders, and headlights are all missing. The rear is untouched, but because the front is ruined, the airbags have deployed.

Despite the considerable damage to the front, the hood looks almost untouched, which should bode well for the engine and dual-clutch transmission. We found the car listed on Copart, where it is estimated to be worth $74,500, but obviously, it could go for less or for more. Nevertheless, at the time that it arrived at the lot, it was running and driving, so there is a good chance that this is the perfect base for a bargain project. The wheels and presumably the suspension and brakes seem good, and the seats, could also be reused. The rear end with its diff is also likely salvageable.

Considering that the Predator motor is not available as a crate engine from Ford, taking advantage of an opportunity like this could see SOMEone become the proud owner of a one-of-a-kind project. Perhaps the motor and other parts could find a new home in a classic Mustang or something even lighter. Considering how fast it is, this could be awesome. Or you could put the motor in something less suited to speed as Jay Leno did. Obviously, all of this just hypothetical at this point, and a big part of the decision to buy this wreck will depend on how much the remains sell for, but it's an enticing proposition nonetheless. 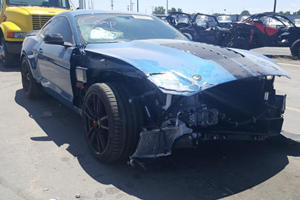 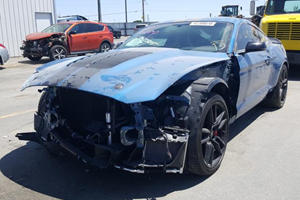 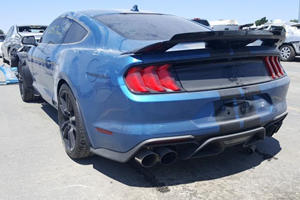 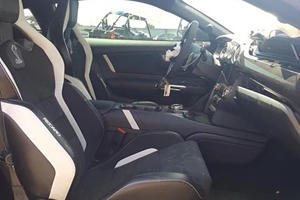 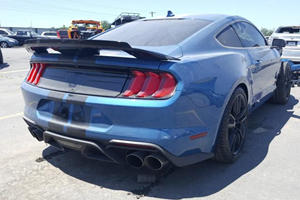