As hybrid vehicles become more common place on the market today, automakers are pushing the technology envelope when it comes to producing a top quality hybrid engine. BMW is no exception with its new X6 Active Hybrid. BMW's partial hybrid engine utilizes a pair of electric motors and an advanced electronic continuously variable transmission allowing it to go up to 1.6 miles and at speeds of up to 37 mph on electric current alone.

A similar, but less advanced, version of this appeared in a BMW 7 Series model as well, but BMW has obviously updated the technology since. However, don't think of this as the Toyota Prius of activity vehicles. The X6 only achieves only 17/19 city/highway numbers. Compared to the Prius's combined 50 mpg, the X6 doesn't look so good. The Prius is a full hybrid, whereas the X6 is a partial hybrid. 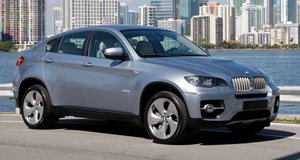 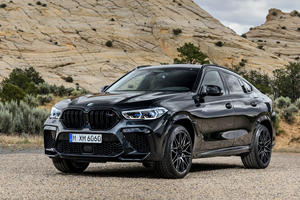